Australia's population stands at over 23 million people, of which nearly one quarter were born overseas, making it a very diverse and multicultural country. The main language spoken in Australia is English but due to its history of immigration, many other languages are spoken such as Chinese, Japanese, Arabic, Hindi, Italian and Greek. 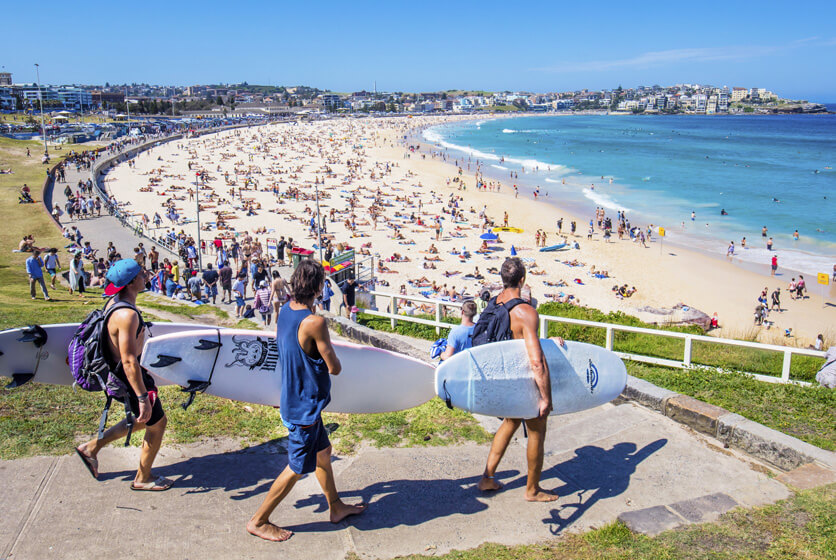 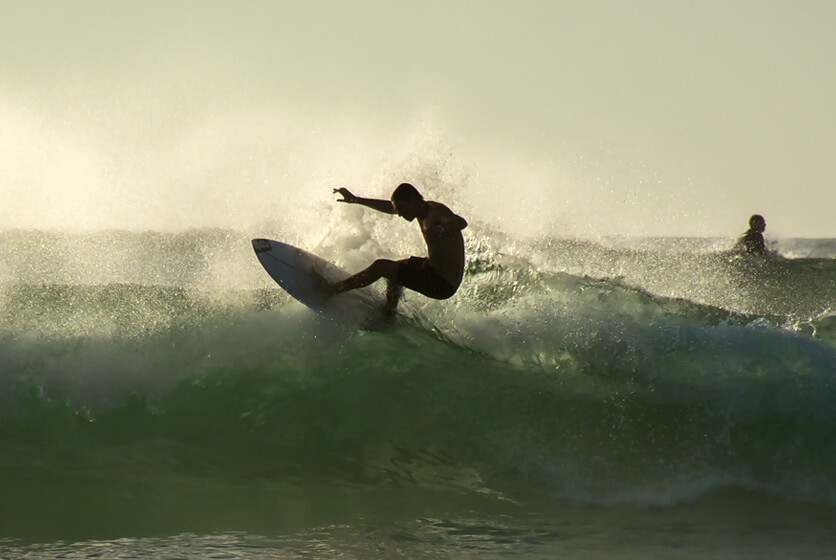 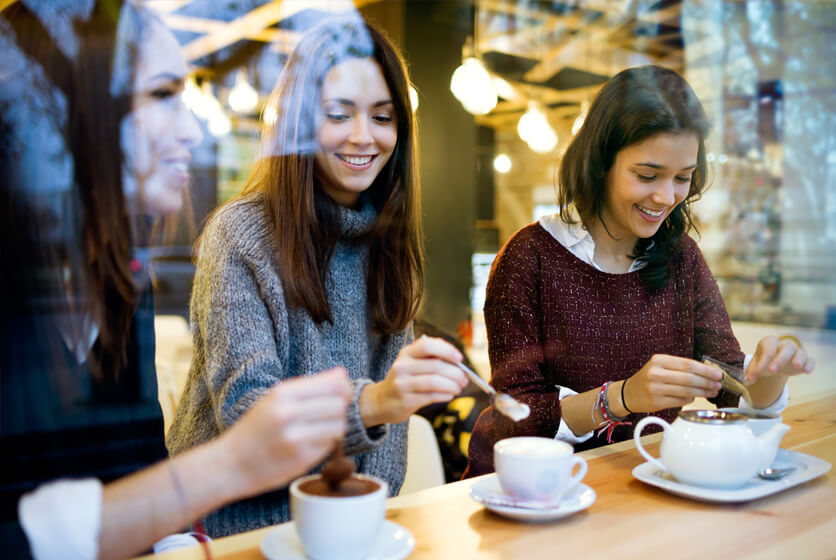 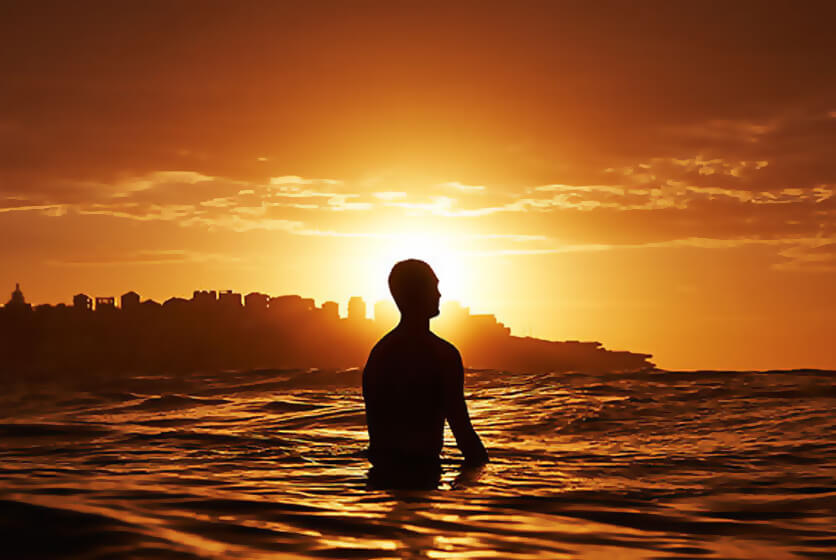 As a tolerant society with people from many cultures, each person is encouraged to maintain and share their cultural beliefs and practices. Being aware of some common customs will help you to adapt to life in the local community.

When meeting someone for the first time, it’s usual to shake the person's right hand with your right hand. People who do not know each other generally do not kiss or hug when meeting. Many Australians look at the eyes of the people they are talking with. They consider this a sign of respect, and an indication that they are listening. It’s usual to address a new acquaintance using their title and family name – you may use their first name when they ask you to or use it in the introduction.

In the workplace and among friends, most Australians tend to be informal and call each other by their first names. Many Australians will also greet people with the slang term ‘G’day mate’.

Although the majority of Australians are Christian, many other religions are represented throughout the country. All major cities have synagogues, temples and mosques and most universities have their own religious groups on campus.

As with all countries, Australia has a distinct and sometimes colourful local variation of English. Some examples you’ll encounter include:

One thing that can be said of most Australians is that they really know how to enjoy their leisure time to the full. Whether it's cheering for their favourite sporting team, visiting one of the many festivals and events held annually across the country or enjoying a barbeque and a game of backyard cricket, there are many opportunities for you to get involved. 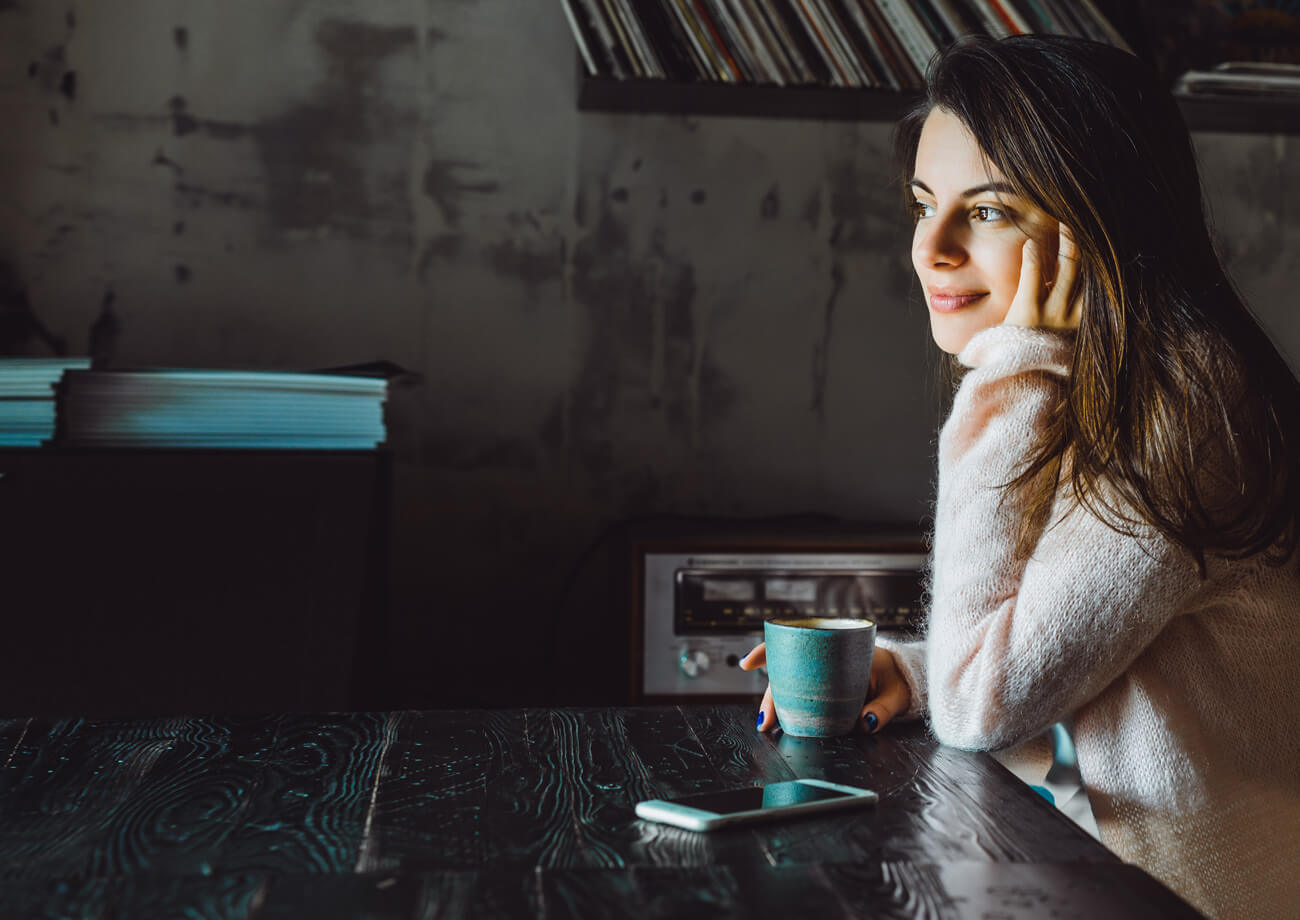 Australians love their sport – both playing it and watching it! In Australia there are three main codes of football played – Rugby League, Australian Rules and Rugby Union.

Other popular sports include cricket, tennis, soccer, swimming and surfing. To learn more contact one of Australia’s more than 120 national sporting organisations or thousands of state and regional bodies, so there’s a good chance there will be one close by that caters to your interests. Your university and local council are also good places to find out about sporting opportunities in your area.

Australia’s arts festivals attract people from all over the country to see drama, dance, music and visual arts. The huge Festival of Sydney in January includes a number of events from open air concerts, to street theatre and fireworks.

The Adelaide Arts Festival takes place at the beginning of March in even numbered years. Melbourne has a Comedy Festival in April, the world’s biggest Writer's Festival in September and the fabulous Melbourne International Festival in October.

One of the most popular things for students to do is to go to the movies. There are cinema complexes in every main city and town. Prices vary between cinemas but most offer a student discount off the usual adult ticket price. Most cinemas also have special offers and half price days. Check with your local cinema.

Australians also love their pubs and bars – you’ll usually find one or the other wherever you are in the country. Australia has long had a strong pub culture, which extends from the big cities to the classic Aussie pubs in tiny country towns.

Coming to Australia is more than just work and study. Wherever you stay in Australia there’s bound to be many things to see and do. Here’s a list of our top experiences in Australia:

There are three time zones within the Australian continent. The eastern states - Queensland, New South Wales, Tasmania and Victoria - are 30 minutes ahead of South Australia and the Northern Territory and two hours ahead of Western Australia.

From the end of October to end of March daylight saving applies (clocks are advanced by one hour). 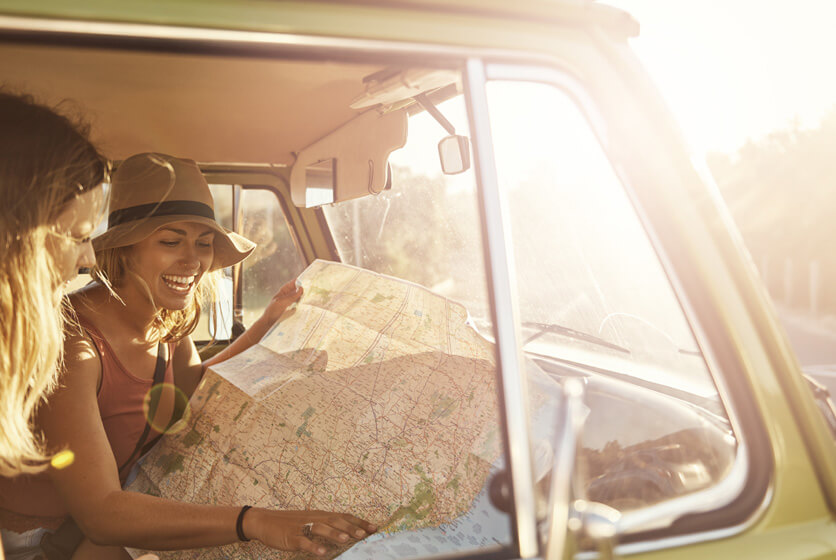 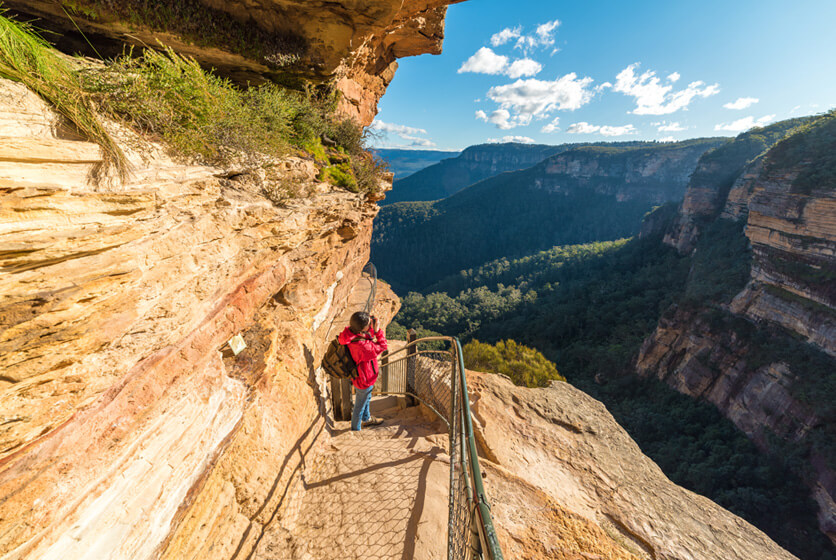 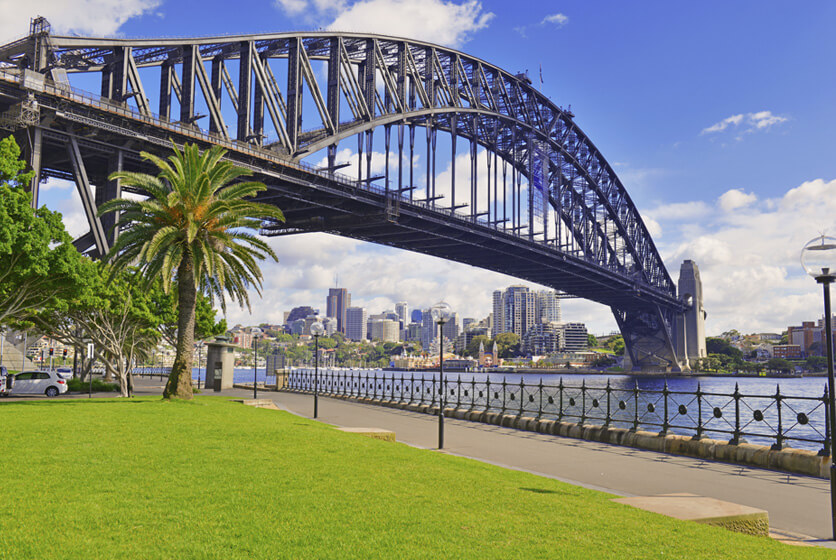 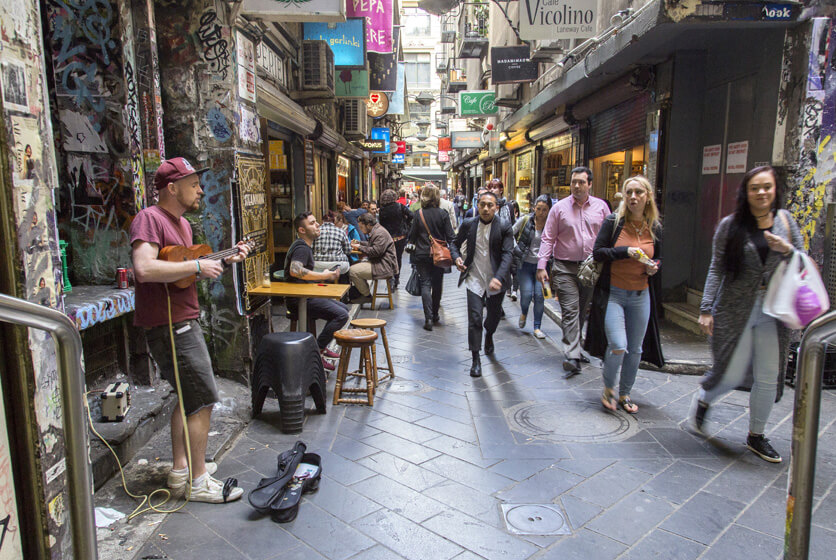 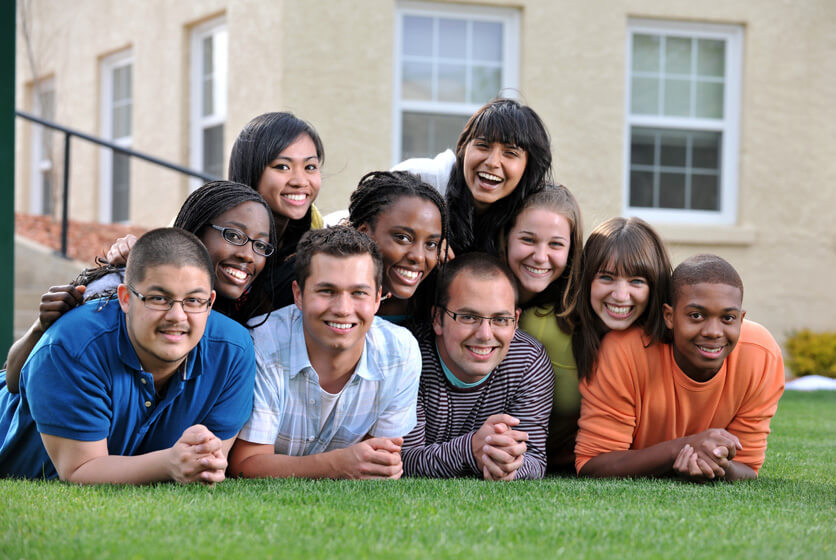 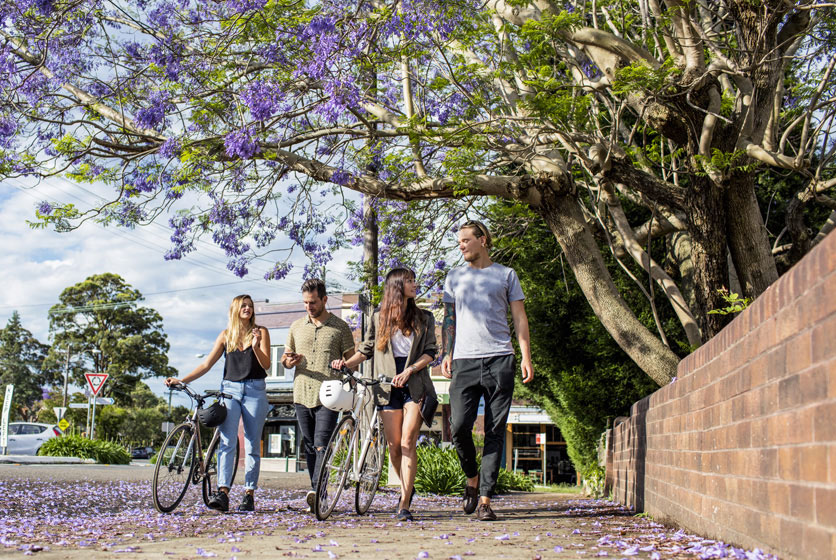 Australia is a country that experiences a variety of climates due to its size. The weather can range from below zero in the Snowy Mountains to blistering heat in the North and North West.

The temperate south has cool, winters and warm, dry summers. In the north, a tropical climate prevails with a warm, dry season and a hot, wet season. The extreme North West experiences the ends of the monsoons while the mountains in the South East attract seasonal snow to form alpine snowfields.

Other than tropical regions in the north, rain is not frequent as Australia is the driest continent on earth.

Because Australia is an island, its wildlife has been able to evolve independently for millions of years. The animals of Australia are particularly interesting because many of them are unique. Australia is home to a variety of native mammals and birds both on land and in the surrounding oceans.

Of all the mammals, almost half, are the marsupials, which include the Kangaroo, Koala and Wombat. The word marsupial is derived from the Latin marsupium, which means pouch. The pouch gives protection and nourishment to the baby animal from which it feeds, it grows in the pouch to a well-developed stage before it leaves.

The next group of mammals are the monotremes, the only egg-laying mammals in the world. This group is represented by the Platypus and the Echidna.

It’s often said that Australia has more poisonous and dangerous creatures than any other nation. However the danger associated with creatures such as snakes, spiders, crocodiles and sharks are usually exaggerated – they tend not to attack unless harassed in some way. Just remember that these creatures would rather not meet you either!